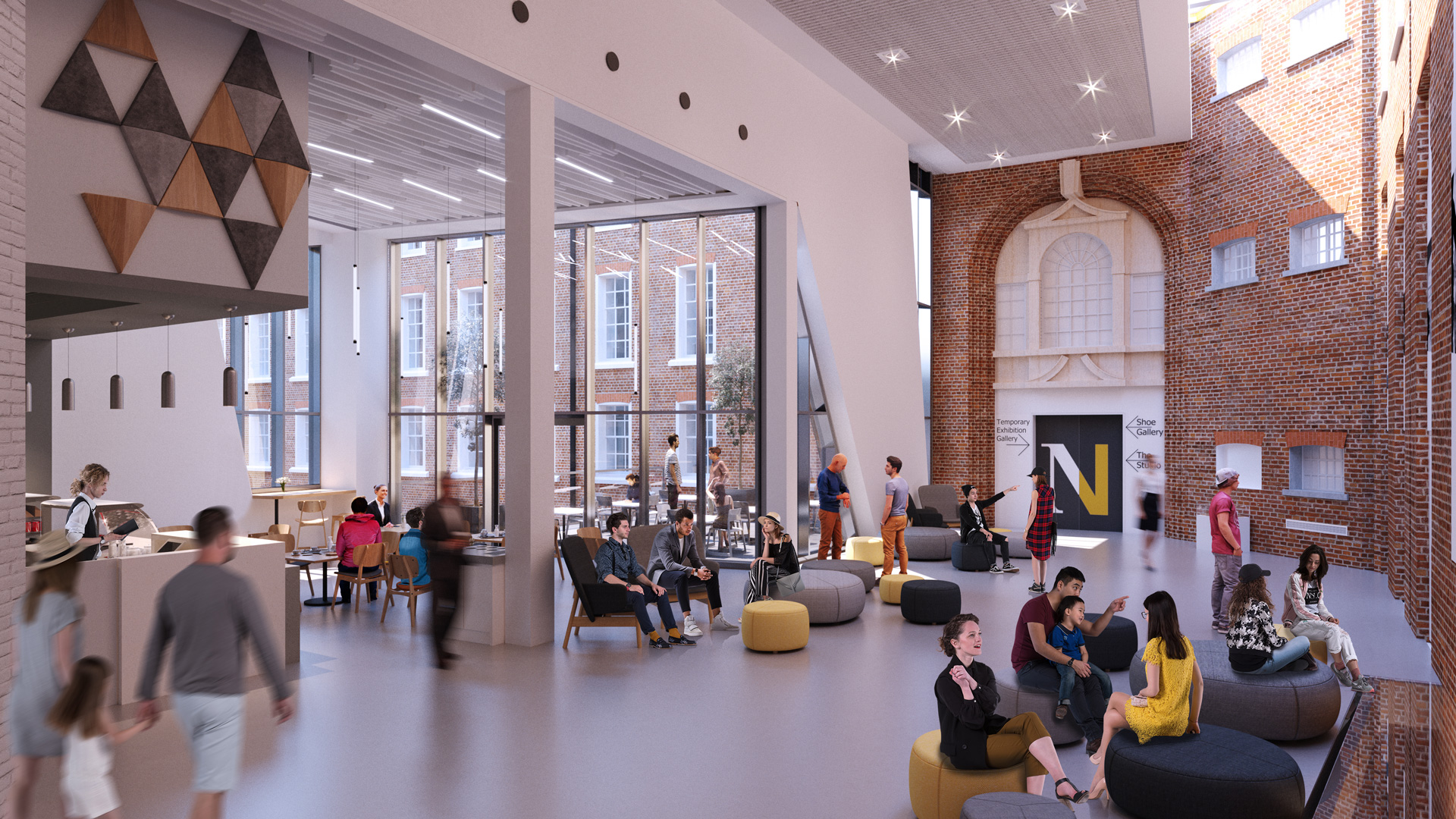 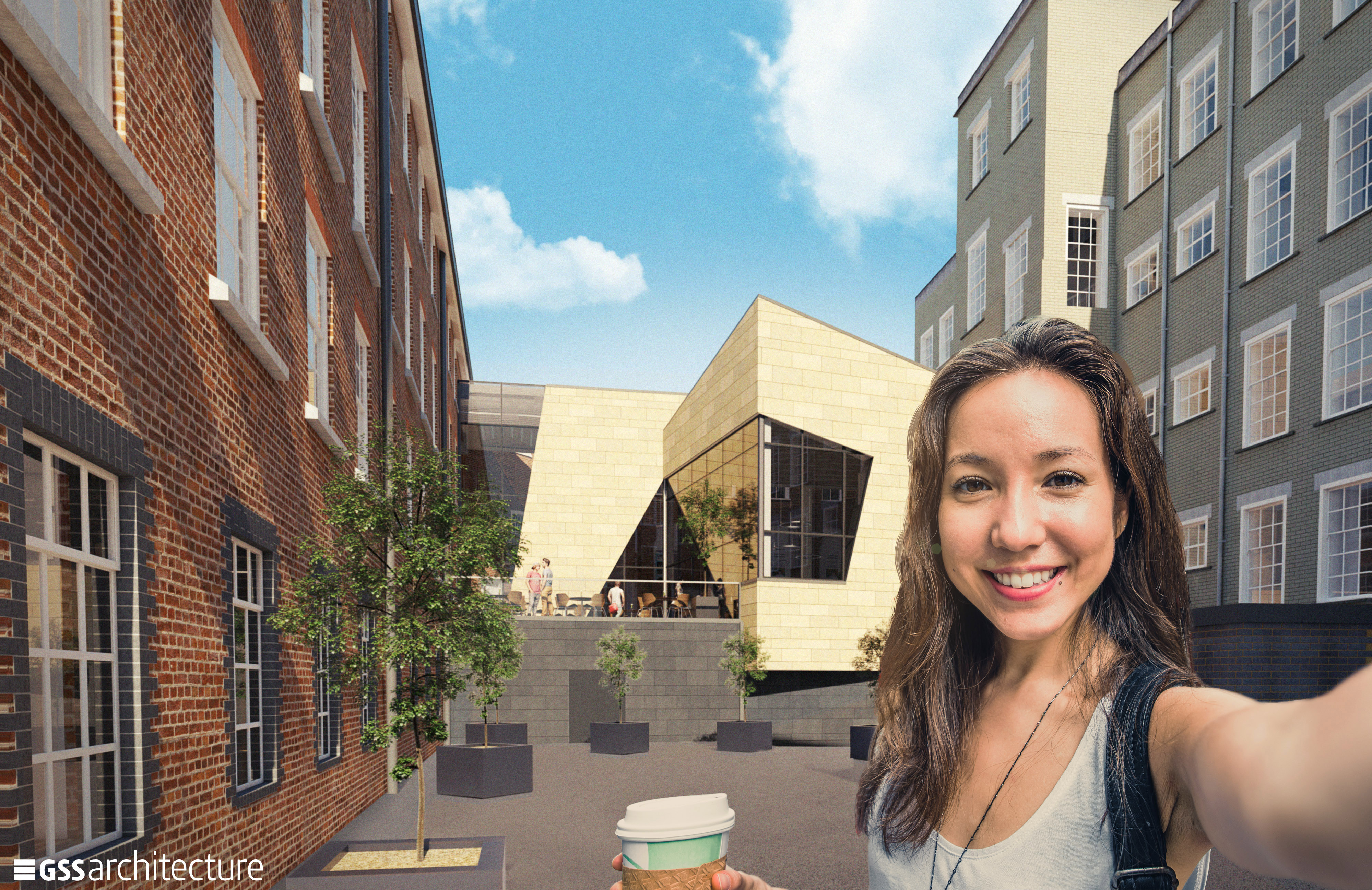 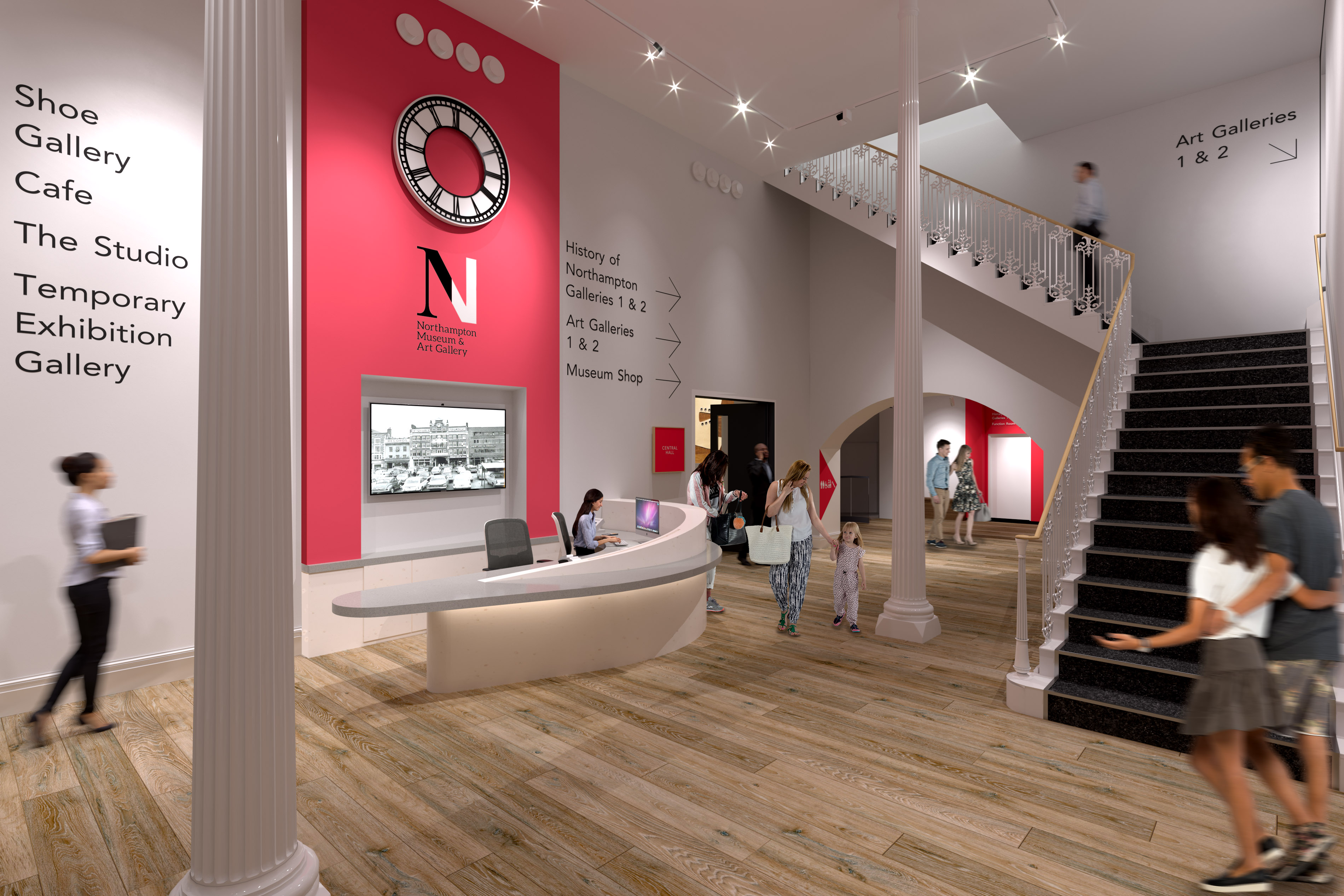 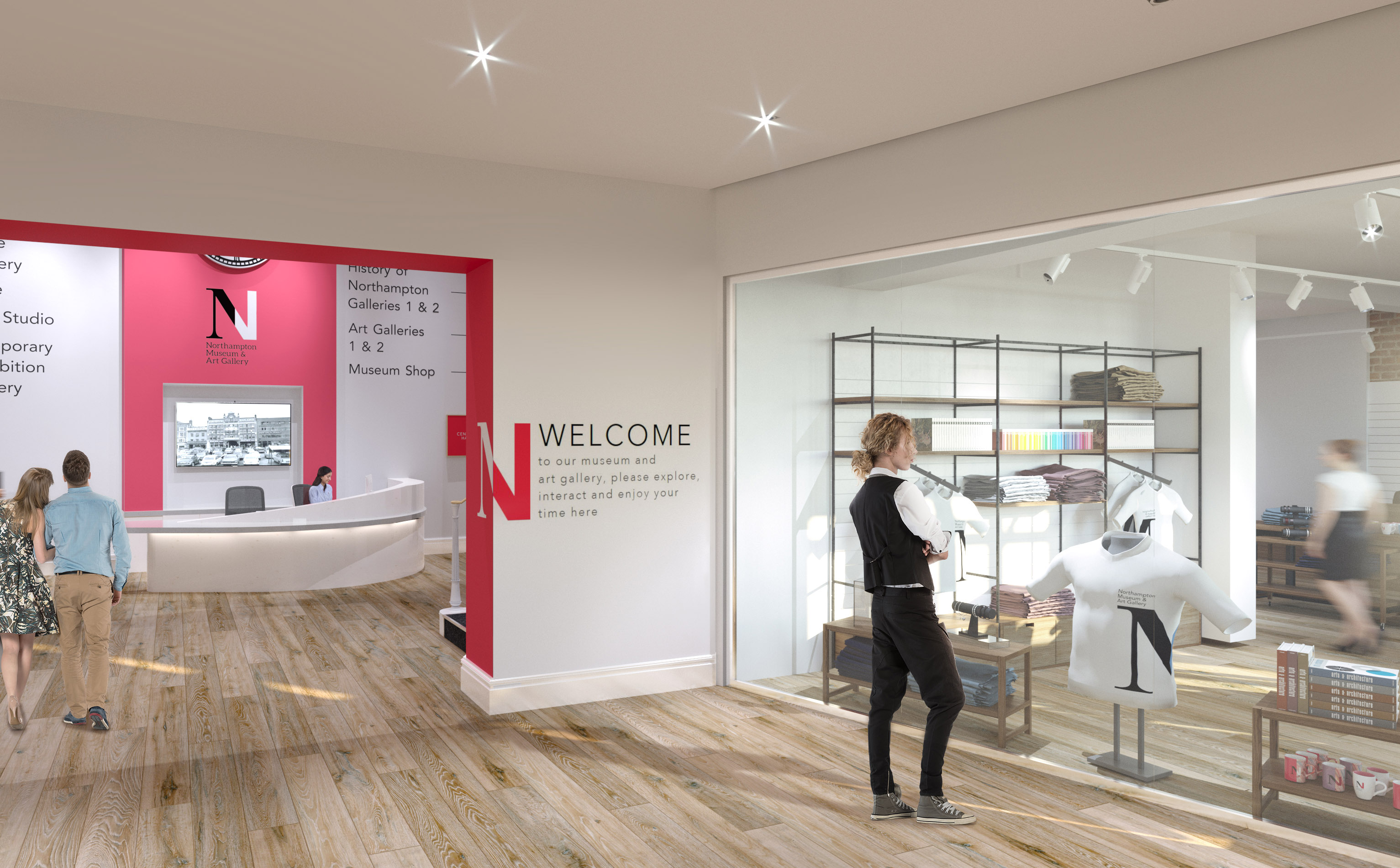 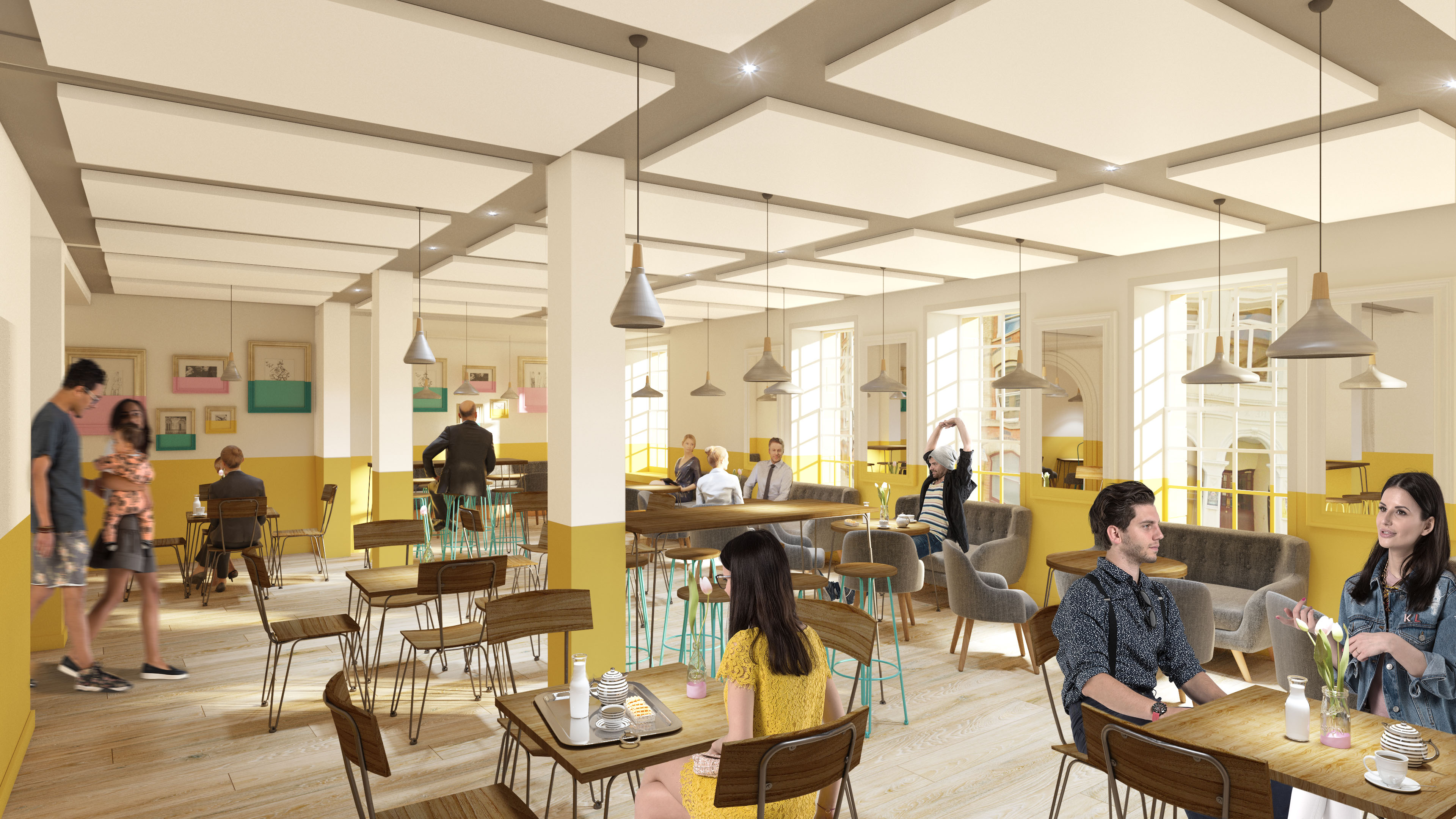 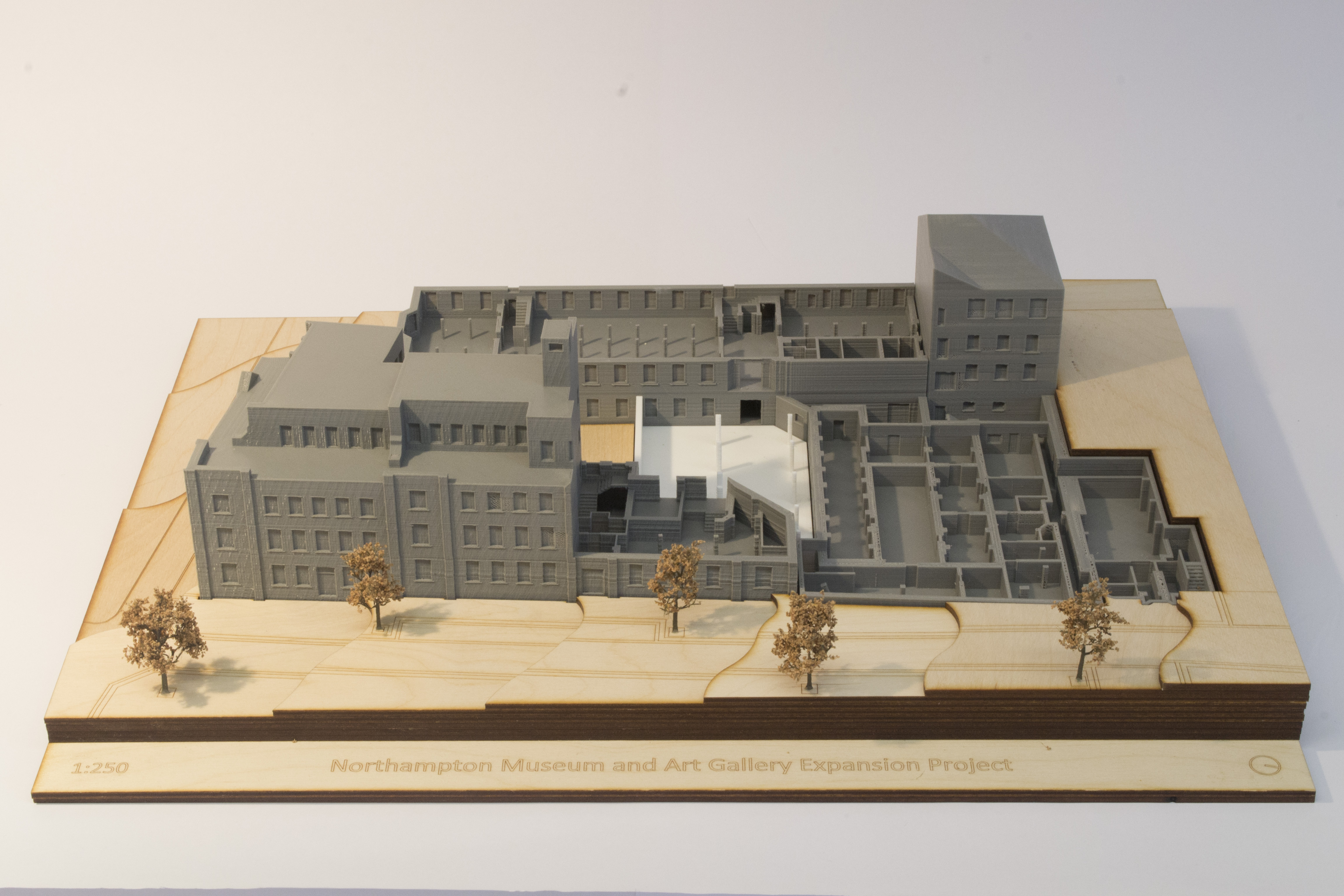 GSSArchitecture have been appointed by Northampton Borough Council as Architects, Lead Consultants and Principal Designers to lead a significant expansion and extension to Northampton Museum and Art Gallery.

The proposals are part of the GSS Cultural Quarter masterplan and will add an extension into the former Gaol Block on Angel Street, which was initially part of the museum until being sold off and, until recently, was used as Council offices. The reclaimed space will house a shoe gallery to showcase the museum’s world renowned collection. The location of the gallery allows it to flow into parts of the vaulted structures which formed the original Gaol, more than doubling the space on offer to the public.

In addition, the museum will extend into the adjacent Guildhall Road Block, a building designed by GSSArchitecture’s Founder, John Alfred Gotch in 1937. A courtyard extension, designed using glass and sandstone, will integrate the former museum buildings, the Gaol Block and Guildhall Road Block as well as providing additional gallery space, a café and roof terrace.

The project will transform the role of the museum in the area by providing an enriched and improved experience and will contribute to the regeneration of Northampton Town Centre, enhancing the entertainment, learning and leisure aspects of the community.

GSS have worked collaboratively to respect and incorporate the existing architecture. The project is the latest in the practice’s growing portfolio of regional and national museums, galleries and exhibition spaces. 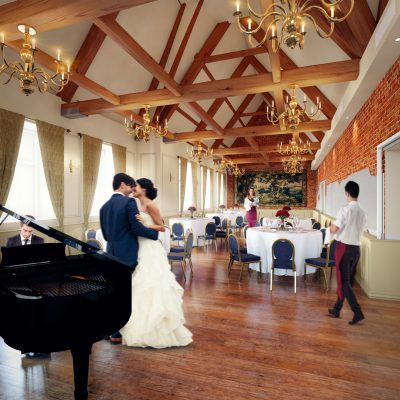